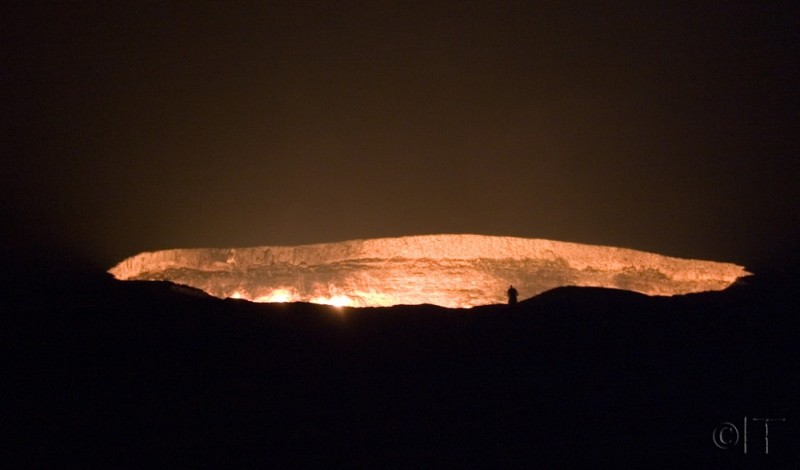 Previous Next
← previous day next day →

Posted by IT (Sydney, Australia) on 27 March 2008 in Miscellaneous.

Today will begin the (mini) series of images of the Darvaza Gas Crater.

'Darvaza Gas Crater one of Turkmenistan's most unusual sights. Apparently the result of Soviet-era gas exploration in the 1950s...
The fire crater... can only be compared to gates of hell...' (Lonely Planet)

Is it always glowing? Like a volcanic lava?
Damn Soviets!!!!! I was in Kiev during the Chernobyl walking around under the light rain for 3 days during the Holiday with parades and all the outdoor activities. Only after 3 days we the catastrophe was announced... Till nowdays I keep checking my blood regularly.
Looking forward to more images!

What an amazing capture. I am breathless!

Wow! I can't wait to see the rest of the series.

Only today (April 23) I "discovered" the "jewels" that you had posted. Excellent and most interesting. Is this a man-made crater that just keeps burning?